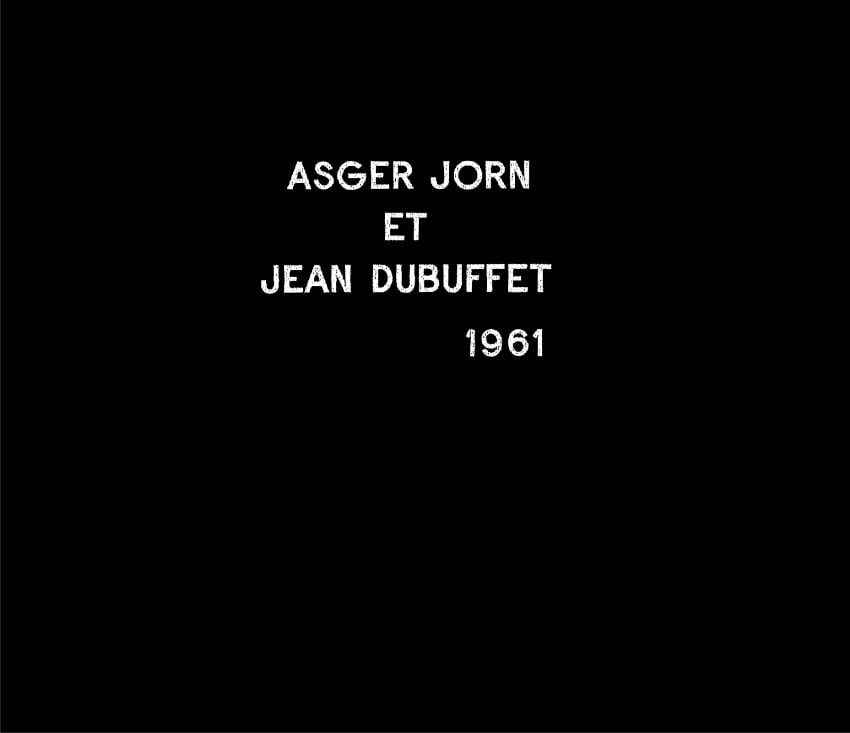 “Musique Phénomenale” was recorded by Asger Jorn & Jean Dubuffet between December 1960 and March 1961 in Paris, and first published in 1961 as a box containing four 10″ records in an edition of 50 copies (+ 6 copies H.C.) by Galleria del Cavallino, Venice.

61 years after its original release this first ever reissue was produced in an edition of 600 copies by Daniel Löwenbrück / Edition Hans Pumpestok, København, in cooperation with Fondation Dubuffet, Paris.

Double CD in 6-panel digipak inside slipcase, with 12-page illustrated booklet with liner-notes by Asger Jorn in french & english.

“(…) It’s a curious feeling to implement and test a spontaneous form of orchestration with an artist who has such an extremely independent background. It really felt like we were experiencing an event of singular importance and significance. I can’t say if this importance was greater than our own personal joy. But I do know that this music illuminated many ideas for me that had previously remained obscure. For me it remains a kind of phenomenal music, in the sense that in our productions the music became it’s own specific phenomenon, and yet one that was still connected to all the other sensorial phenomena. (…)“ – Asger Jorn (from the liner notes)

Asger Jorn (1914-1973), was a Danish painter, sculptor, ceramic artist, author, and one of Scandinavia’s most influential and internationally recognized artists. He was a founding member of the avantgarde movement COBRA and the Situationist International.