Open Yourself to Blah Blah Blah....book 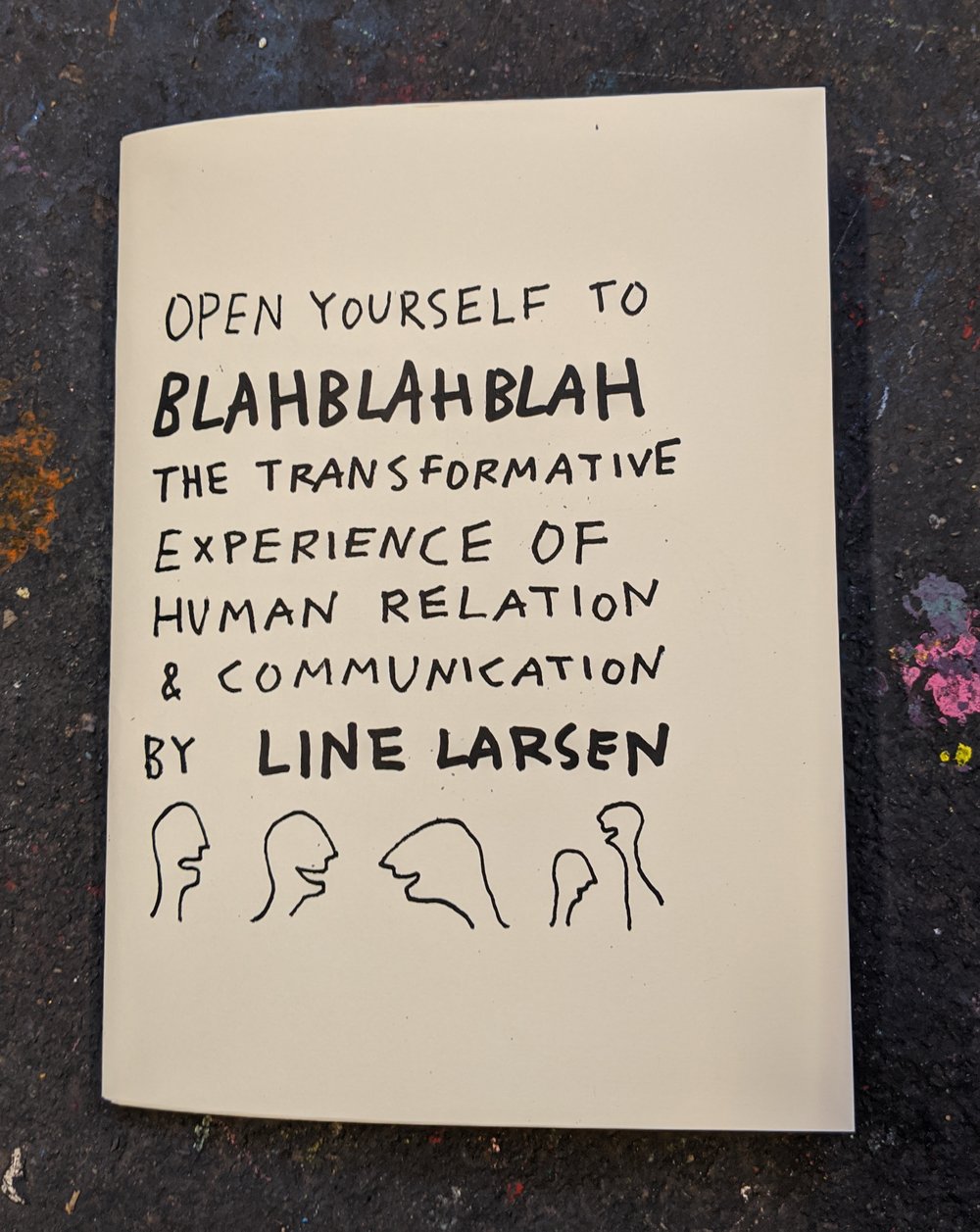 "Line Larsen has developed a substantial body of work engaged with an idea of disrupting the everyday. This has been elaborated alongside with a critical method of disturbation and authorship, questioning art world norms and its commodity production through strategies of ephemerality, negation and anonymity. She has made curled extensions on the drainpipes of random houses, placed a tropical island in a Norwegian lake and "lost" six fingered gloves in the streets to be picked up by unsuspecting walkers. In her practise there is the reference to the fantastic and magic realism, she plays with perception and challenges the idea of "reality". One could say she is on a mission to tear the fabric of normality."