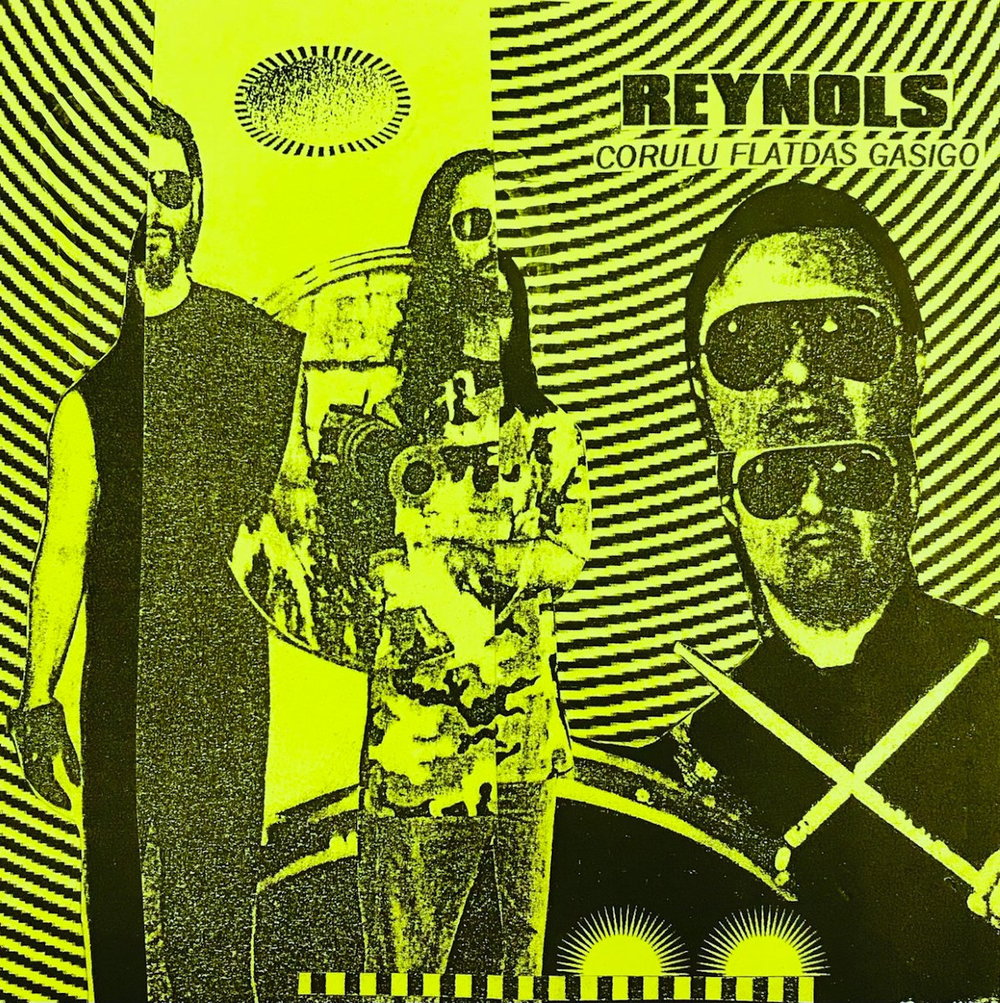 "Corulu Flatdas Gasigo" was originally planned for release in 2003 but the project got stuck in limbo. 20 years later, an envelope was found in Finland, containing the only existing master on a cd-r plus all the cut & paste style graphics on xerox paper.

The first disc has the instrumental parts of the two tracks and the second one includes the vocals. These function as independent entities, however they are intended to be listened to simultaneously if possible. When purchasing the double 7", one also receives a download code including the combined mixes as bonus tracks. Housed in an old-school DIY xerox-in-a-plastic-sleeve package!
Released by Artsy Records